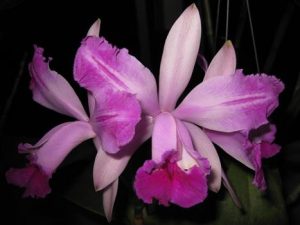 This plant deservedly won the best tabled plant at the meeting.

The superb shape, colour and size of the flowers was a standout amongst all benched plants.

It consistently flowers the same top quality due to the culture of the plant by the owner. 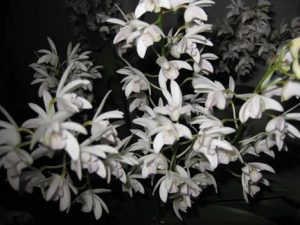 A plant approaching specimen size was a worthy winner of second place in Judges Choice.

The clear white unblemished flowers in abundance was a real eye catcher and will get progressively better as the plant matures. 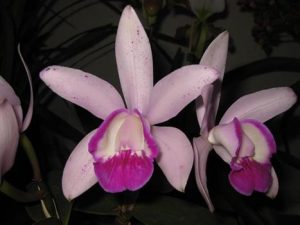 This plant was tabled in the Novice Section and though it was grown by a more inexperienced member it was good enough to fill the third place of all orchids benched.

It is one of the line bred C. intermedia which came to prominence a few years ago and has been a huge step up in shape. 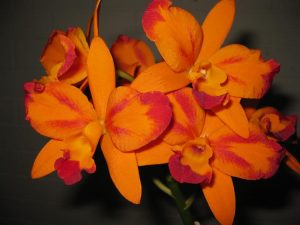 The members voted this plant as their choice for the best plant on display. It is quite obvious how their decision was reached as it is a very vibrant orange base colour with contrasting red colouration on the petal and lip.

Being a cluster type is all the more pleasing as the additional heads of flowers is so striking and eye catching it appeals to everyone. 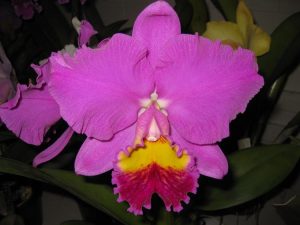 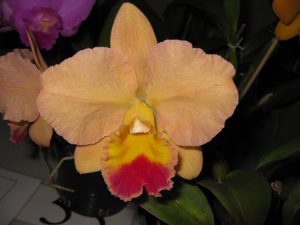 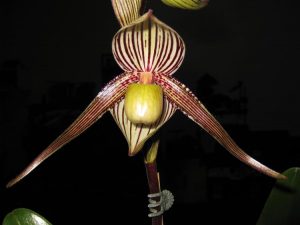 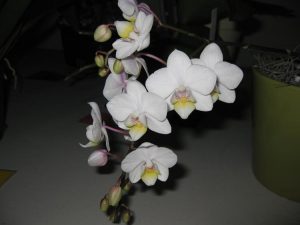 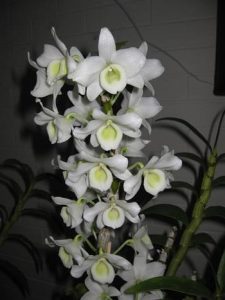 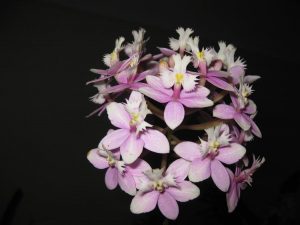 Theme: Spring is in the air 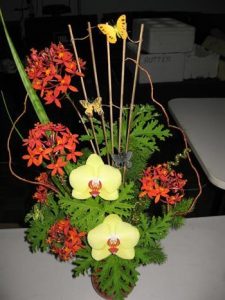 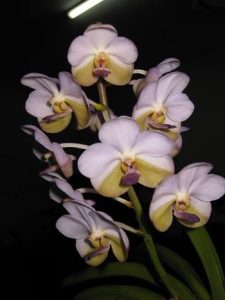 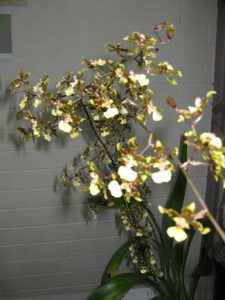 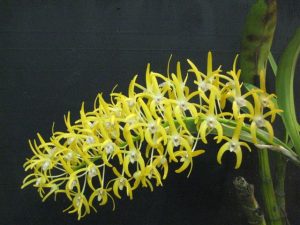