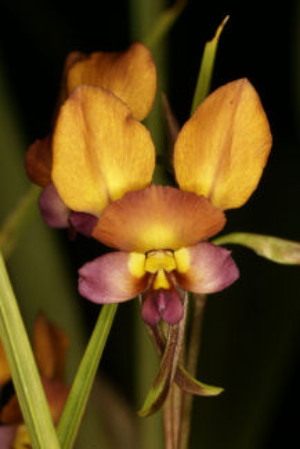 Diuris longifolia is an Australian native (more commonly known as the donkey orchid) which is endemic to the south east area of west Australia. I derives the common name due to the shape the petals which appear to look like donkey ears.

It is a terrestrial orchid and seems to prefer sandy loam soils but it is known to grow in heavier soils throughout its habitat. It is a tuberous perennial which grows approximately fifteen centimetres with the flower extending to about the same height.

Due to colouration on some flowers people refer to this as the pansy orchid because of the purple overlay over the yellow segments.

It is a very interesting plant but can be somewhat difficult to grow in bush house cultivation.